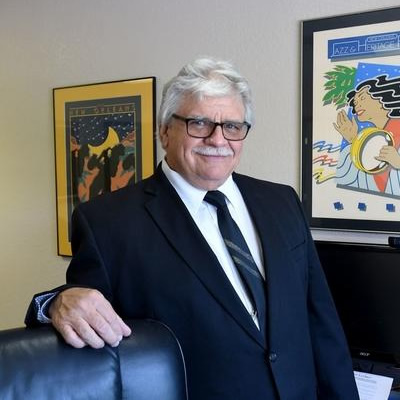 Bob represents TCHS on various state and local boards, committees and associations including: Florida Alcohol and Drug Abuse Association (Past President), Florida Behavioral Health Association (Board), Central Florida Behavioral Healthcare Network (Past President and current Board), Heartland Rural Health Network, (Board and Past President), Florida Rural Healthcare Network (Board), Homeless Coalition of Polk County (Past President of Board), Polk County Sherriff Advisory Council, and Partners In Crisis Florida (Member and for Board), United Way Health Committee (Member), and various ad hoc community areas. He earned his BA from Slippery Rock University, a Master Degree in Social Work from the University of Pittsburgh and later received his license as an LCSW in the State of Florida.

He currently manages an organization of $13.5 million with staff constellation of 230 in eleven locations. His current position has continued since 2001 with prior Executive functions at TCHS back to 1989. Various other social service and mental health programs were managed by Bob in Illinois and Pennsylvania, which included extensive work with Developmental Disabilities, Child Welfare Case Management, Mental Health and Family Counseling. He shares a prominent respect for children’s service needs, for as with many others in early life, he received services for children from the Lutheran Children’s Home in Zelienople, Pa.

In 2006, he received the FADAA Bill Snyder Leadership Award. He has taught as an Associate Professor in Allied Health Care and in Social Work and remains a Certified DUI Instructor/Evaluator, a Certified Critical Incident Stress Debriefing Counselor, as well as provider of Trauma Informed Care and other Co-Occurring Specialty areas. He continues as a CARF Administrative and Program Surveyor, the national organization that accredits Rehabilitation Programs and facilities, since 2001.